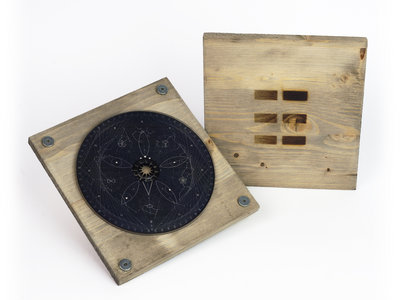 Physical copy of the album with handmade wooden box crafted by the artists.

Note: Due to the handmade nature of the product every single piece is different!

ships out within 7 days
8 remaining

TERRA is a tribal/rock band from Rome, Italy, formed in 2014. The project comes from the ashes of 7 Times Suicide.
The projects, wich aims to blend together different influences such as movie soundtrack, tribal music, classical and, of course, alternative rock/metal, was officially released on the 1st of March 2018 with its 800 people launch event. It immediately drew attention to the music scene. ... more